Vaping and Fire Alarms – What You Need to Know

Home » Uncategorized » Vaping and Fire Alarms – What You Need to Know 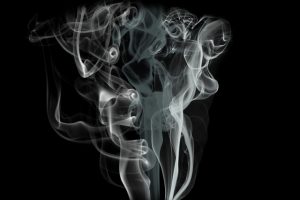 If you are a vaper, one question that may have crossed your mind is whether the vapor you blow out can trigger a fire alarm. This is a major concern if you a vaping in a public place.

Many vapers swear that they have experimented by taking hits directly under a fire alarm and blowing the aerosol produced directly into the alarm, and nothing happened. After all, electronic cigarettes produce vapor not smoke like traditional tobacco sticks.

Many fire experts claim that it is highly unlikely for a fire alarm to be set off by a vaper using an e-cig. However, the fact is that depending on the type of vaping device you are using, your proximity to the fire alarm, and how sensitive the alarm is, it could be activated.

If you visit popular vaping forums online, you are likely to find stories of vapers who accidentally triggered a fire alarm at home, in a hotel, or even on a plane. This is not a pleasant experience, and in some cases, the vapers have been fined.

While there is no definite way to tell if the vapor produced by your e-cigarette can spark a fire alarm, there are some ways to mitigate the chances of this happening.

First, it is important to note that not all fire alarms are sensitive enough to be triggered by the clouds of vapor produced when you vape. According to experts, optical alarms are the most susceptible to be activated by vaping. Optical alarms use infrared light to detect the presence of smoke in the air. When the vapor produced by e-cigs get into this type of alarm, it can also block the light – just like smoke – and, therefore, the alarm comes on.

Another thing to consider is that the more powerful your vaping device is, the higher the likelihood that it would spark a fire alarm. If you are using a sub ohm atomizer with a powerful mod, you are going to produce a thick cloud of vapor with each hit. This significantly increases your chances of blowing up the alarm.

Also, the fire alarms in some places are particularly very sensitive. Vapers have found out the hard way that the smoke alarms in planes and hotel rooms are super sensitive and can easily be turned on by vaping. It is important to note that vaping in airplanes is illegal. Also, some hotels have rules against smoking and using e-cigarettes on their premises. You need to find out the rules of each particular hotel you visit in regards to vaping.

If you are in public and you find yourself reaching for your vaporizer, make it a point to take a quick look around and make sure you are not in proximity to a fire alarm. The closer you are to the detector, the higher the chances that you would set it off.

You need to also blow your vapor away from the smoke alarm. If you are in a confined space like a hotel room, it is advisable to open up your windows and blow the clouds outside.

Ultimately, the best way to avoid activating a fire alarm with your electronic cigarette is to practice self-restraint and do not vape in public. Besides, the most comfortable place to vape is in your home, or in a public place with a lot of space where you can relax and set up your kit.

Vaping is getting a bad reputation thanks to a few questionable studies published recently. It is likely that proprietors of public places are going to slap the same restrictive laws on the use of tobacco sticks on e-cigs.